Next stop: Arequipa, Peru. Also known as the “White City” and the second largest city in Peru.

Arequipa is the launching point for a number of outdoor adventures. From here, climbers have access to several very tall peaks, including El Misti, over 19,000′ and non-technical. The city is also not far from Colca Canyon, one of the deepest canyons in the world. We came here with a rough plan of going to see Colca Canyon and possibly hike down into it.

In the meantime, we had some extra time in Arequipa, and explored a bit of the White City. You can see where it gets its nickname: 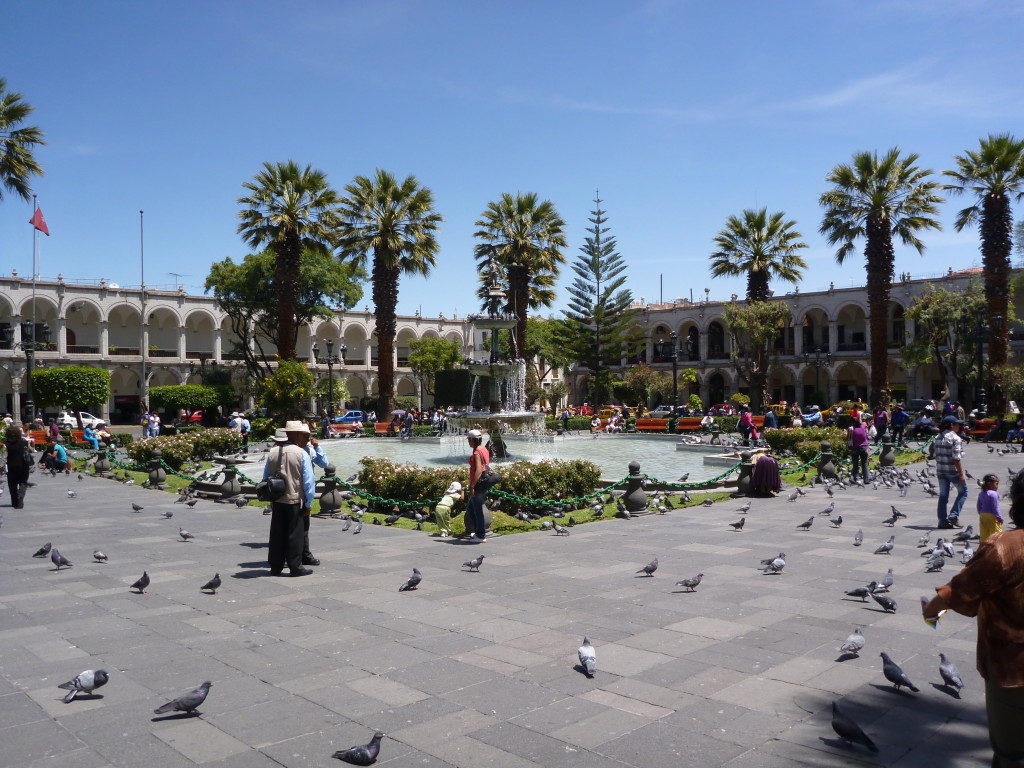 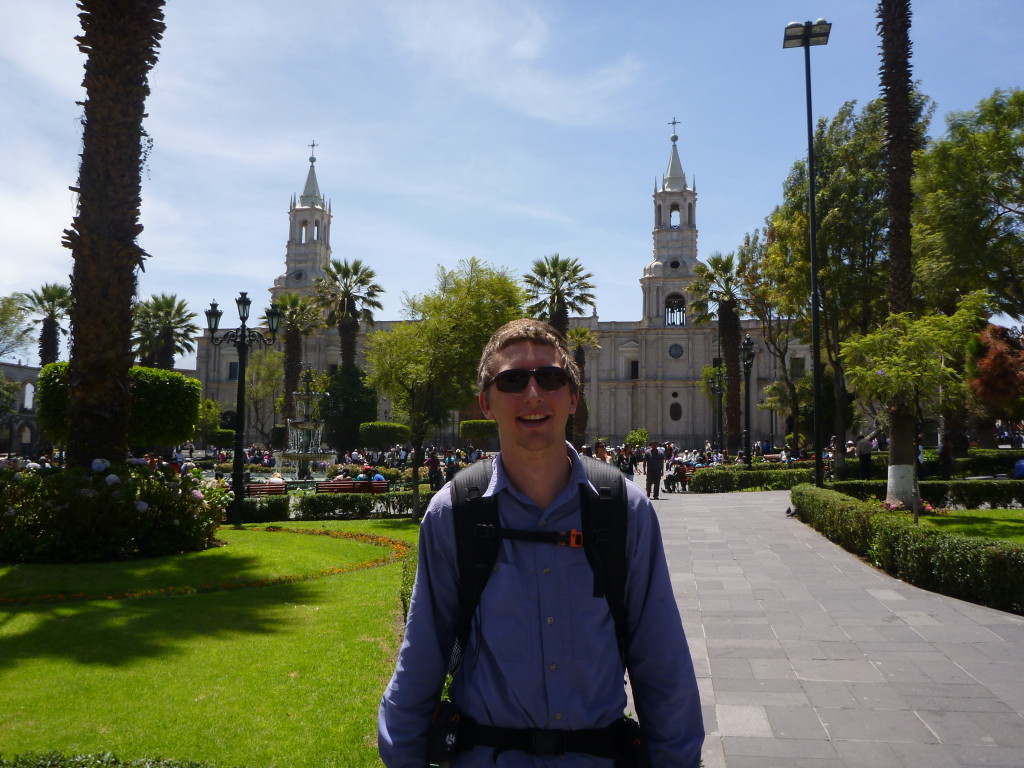 These are both taken in the main square. We also toured through an old Dominican convent, the Santa Catalina Monastery. It was built in 1579, and accepted only high-bred Spanish girls. Tradition at the time dictated that a second son or daughter from wealthy families would enter a monastery. Many of these girls brought beautiful and expensive things with them, including many sets of fine china still on display. Though the life of a nun here was supposed to be isolated from the world (this was a cloistered community), stories of the early days include having singers and other entertainers brought in and parties. Distance from Europe and the Pope encouraged a more laid-back attitude. In 1871, the Pope sent a sister to reform the monastery and bring it back in line.

The monastery is notable for its bright colors and living quarters that must have been somewhat luxuriant for a nun at the time, but seem ascetic to us now. 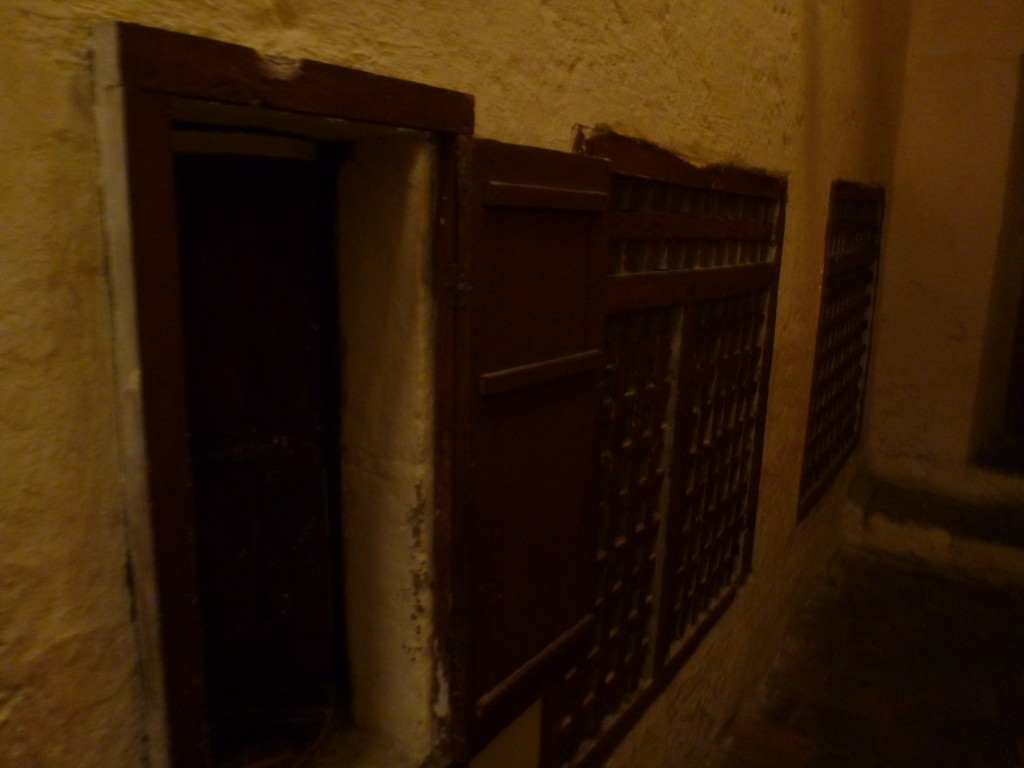 Nun’s spoke to any visitors through these grills in the wall. Because they were cloistered, they were not allowed to see any visitors. 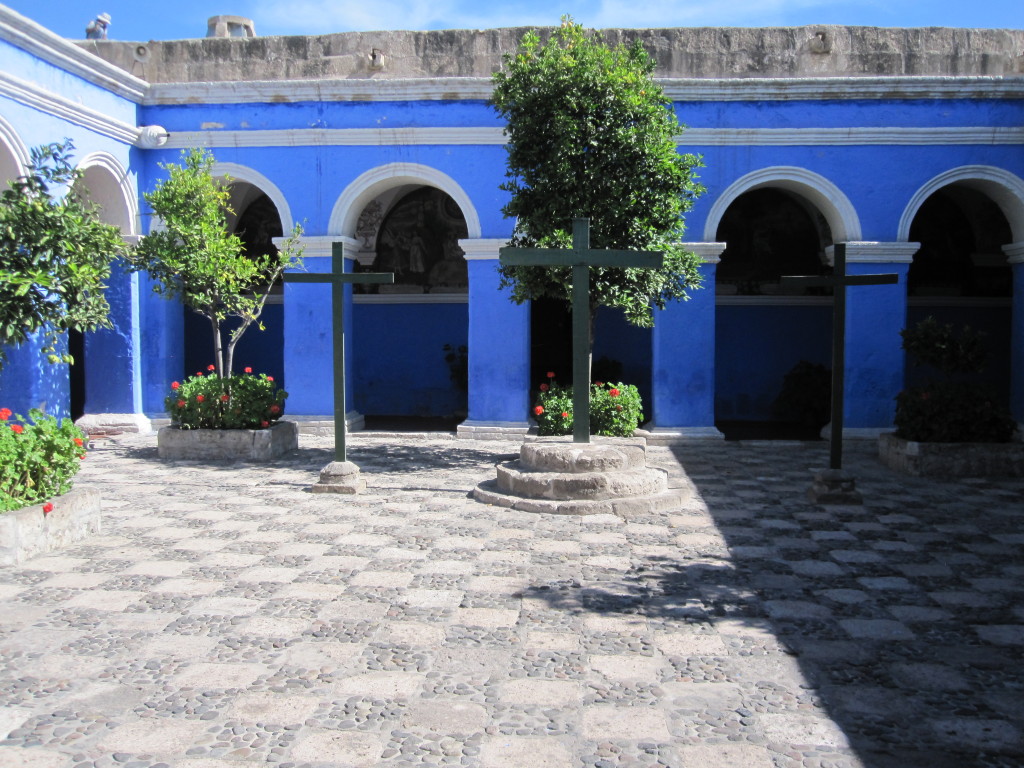 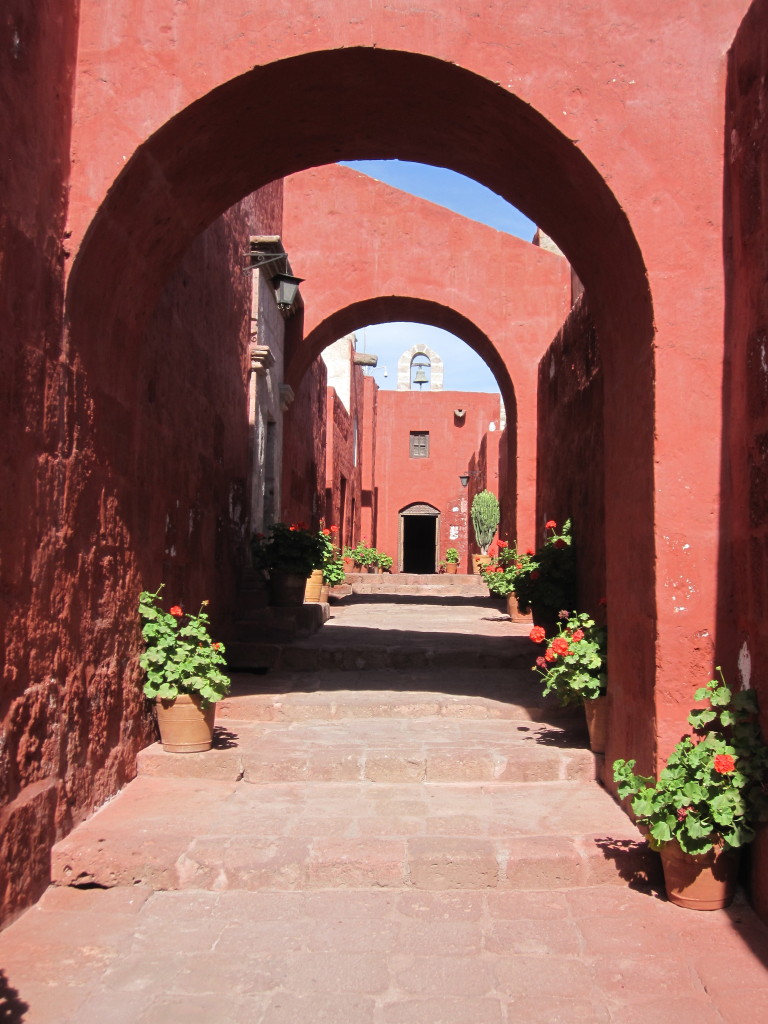 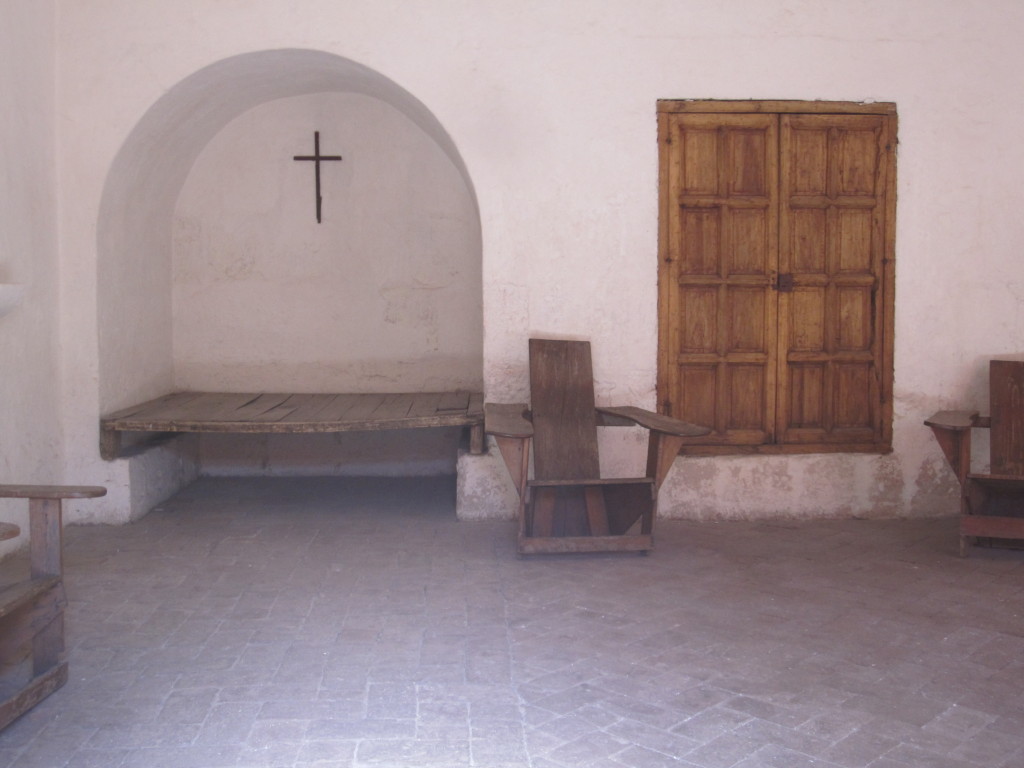 Simple living quarters. Some were more ornate than others, with many having fine china and other expensive gifts or heirlooms from home.

Another favorite of ours in Arequipa was the many rotisserie chicken restaurants. Rotisserie chicken is a favorite dish of Peruvians, kind of like a not-quite-so-bad-for-you fast food. We enjoyed some great chicken here at several places in our short stay. 🙂